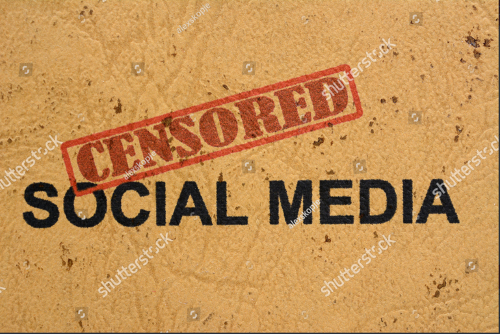 Most likely if you use social media you have seen a post, tweet or comment that made you think, “Why on earth is someone able to say this?” Over the past 10 years social media outlets like Facebook and Twitter have exploded in popularity and led to people being able to share what they feel is important with a light tap on a screen. However, as social media becomes a more popular method of sharing and gathering news, censorship of it has too.

On Wednesday, October 28, 2020 the big three social media giants, Twitter, Facebook, and Google, virtually appeared before the Senate Commerce Committee to discuss amending Section 280 of the 1996 Communications Decency Act, however the main focus of the hearing turned out to be grilling the big three over censorship. [1] Section 280 protects social media companies from liability stemming from what their users post but it also gives them free reign to decide what is allowed on their platforms.[2] The big issue for lawmakers seemed to be mainly over Twitter blocking links to the contentious New York Post story regarding Hunter Biden.

This raised the question of who gets to decide what should and shouldn’t be censored. Senator Ted Cruz of Texas asked Twitter CEO Jack Dorsey, “[W]ho the hell elected you and put you in charge of what the media are allowed to report and what the American people are allowed to hear?”[3] However, it is not as easy as Senator Cruz implies. People should be allowed to freely exchange their ideas and knowledge but there is a point when that exchange can become dangerous.

If you’re even an occasional user of Twitter, Instagram or Facebook you’ve probably seen the “Fact-Checked” notice attached to posts. This notice is an easy and fast way for users to see that the post might be misleading or false. Twitter claims that the notice is not really a fact-check but is there to provide context and allow people to come to a conclusion on their own. [4]

Unfortunately, it seems like no matter what the big three do they will get flak from users and lawmakers. One thing that is good, is that the social media giants seem willing to engage with users and lawmakers in coming up with solutions so that there can be a free exchange of information and ideas on those platforms.

Thus, in the meantime social media giants like Facebook, Twitter, and Google, should better inform their users about what type of posts, tweets, and comments are more likely to get flagged. Twitter has already stated that they intend to make changes in how they enforce certain policies, especially the policies that caused the Hunter Biden New York Post debacle. [5] Twitter’s head of legal, policy, trust and safety, Vijaya Gadde, tweeted that hacked information will only be removed if directly shared by the hackers or someone working with them. [6]

Only time will tell whether or not social media giants, lawmakers and users can agree to ground rules for censorship on social media. We are not out of the woods yet, and with the 2020 presidential election only four days away, expect censorship to be a contentious topic in the months to come.