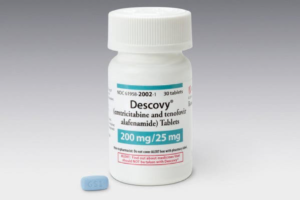 Descovy is a new HIV prevention drug, created by Gilead pharmaceuticals, that the FDA recently approved for use by cisgender men and transgender women. This is the second drug of its kind available in the United States, the first being Truvada which is also sold by Gilead. These two drugs are categorized as PrEP, pre-exposure prophylaxis, which is an HIV prevention plan that requires a daily dosage of the drug to prevent contracting the disease before exposure. The ability to present options for patients to choose from is a success for continuing efforts to reduce HIV rates. However, the road to Descovy’s approval was not without criticism and controversy.

The FDA, an administrative agency, published a notice for the pending approval of the drug in the Federal Register. They scheduled a comment hearing on August 7, 2019. The notice and comment period are a requirement for informal rulemaking in administrative agencies. Gilead is a pharmaceutical company that must abide by the rules and policies set by the FDA. The notice and comment period are necessary so that the public may voice any concerns or issues regarding the proposed rule. There is no limit to the number of comments allowed; agencies are expected to listen and incorporate comments that would improve the rule to better serve the public’s health and safety. The hearing granted advocates and other various health organizations a venue to voice requests and raise concerns regarding Descovy and its impending FDA approval.

One main concern raised at the hearing was that Gilead wanted to infer the result by extrapolating data from other testing so that Descovy could be approved for use by cisgender women. Gilead proposed this idea because they never conducted their test trials to include women. People spoke out against this because there is no definite understanding of the drug effects in women long-term. The committee held a vote as to whether they should take the Descovy trial testing data and other PrEP data to extend the approval to use by women. The committee voted 10-8 against extending Descovy approval to women’s usage before conducting trial testing. Those who voted against its use were worried about setting a precedent that the FDA did not always have to conduct thorough and proper drug testing to get approval. Those who voted in favor considered that equity balance between men and women and the number of PrEP drugs available to each group.

Gilead failed to test Descovy for women. Instead, they ran trials on men and transgender men only. Gilead simply should have conducted testing on women as well. The company stated that the percentage of female patients is only 10%. This is a low percentage but that does not mean that these women should not have access to or be completely excluded from potential health treatments. Gilead also said that they tested only men so that the drug could be approved sooner.

The second issue raised at the hearing was that Gilead overstated the success and safety of Descovy over Truvada. Many people thought that Gilead exaggerated to ensure their profits and maintain customers once generic cheaper versions of the medication become available next year. Advocates and medical professionals questioned the degree to which Gilead touts the benefits of Descovy by pushing the new drug onto patients who currently take Truvada. They worry Gilead is over-hyping the safety of Descovy and the “minimal impact” on kidney and renal toxicity that the company says is much better than Truvada. Gilead seems to insinuate that Descovy is the safest prescription option. Many people think that the pharmaceutical company is doing this as a business practice so that patients continue paying for one of their products. Next year a rival pharmaceutical company will put out a generic version of Truvada on the market that will likely cost less than the current price. Truvada currently runs about $20,000 a year and Descovy will cost the same amount.

At the public meeting, one advocate group demanded a cost reduction of Descovy to $1 per pill (currently, each pill costs about $60). The exact price demand was dropped, but constant criticism remains regarding the costs of PrEP. Many people have questioned the motives behind Gilead’s actions and their ethical duty to provide medicine to individuals regardless of gender or income. While most insurance and healthcare providers cover the cost of PrEP, advocates worry that the company may create a stigma that the expensive drug is better and more effective than the cheaper drug.

The approval process for Descovy by the FDA highlights the informal rulemaking process. Agencies conduct rulemaking this way so that the public can be involved and so that the rules passed by agencies best serve the public by protecting our health and safety. Advocate groups and foundations, doctors and individual citizens were able to critique and voice potential solutions to issues regarding Descovy’s trial testing and costs. Without the public forum to hear multiple opinions, the FDA committee may have gone ahead and voted in favor of Gilead’s request to approve Descovy for women without ever conducting proper testing. Thankfully, the committee voted against this decision and understood that it would be too big of a risk to the public. The committee listened to the public’s request and the FDA issued a requirement that Gilead conduct a post-market study that will include women. Hopefully the company is receptive to the comments regarding the price of the pill and reduces the cost.

Harron Walker, Congrats to Big Pharma on Finding a New Way to Profit Off of HIV Prevention, Vice(Oct. 4, 2019), https://www.vice.com/en_us/article/wjw4qn/descovy-prep-hiv-prevention.