This article was originally printed in the New York Law Journal on August 15, 2016. See the original article here. 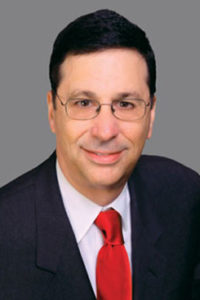 Every generation has its own new fads, which can sweep across the country, if not the world, seemingly from nowhere, capturing the imagination and attention of millions.1 Why the crazes begin and why they end is beyond the scope of this article. With the exception of a few fads, these activities, however brilliant or mindless, do not create legal issues and potential litigation involving those who participate. Pokémon Go is one of those exceptions.2 This hot new enhanced reality game, produced by Niantic, Inc., has been installed over 100 million times and has more daily users than Twitter.3 The game allows its users to travel areas looking for Pokémons, collecting them and using them to conquer Pokémon Gyms. Players hatch Pokémon eggs by walking certain distances while playing, and obtain items needed to improve their collections by playing within a short distance from Pokéstops, which are denominated landmarks spread throughout the area.

Naturally, the game foresees the increased risks of having its users completely immersed in this parallel virtual reality and, as the application loads, it warns them to “be alert at all times” and to stay aware of their surroundings. Once the game starts, players have to acknowledge a message that warns them not to drive, trespass or enter dangerous sites while playing; but do these warnings fully satisfy Niantic’s legal duty?

Less than two months after its release on July 6, 2016,4 the new enhanced reality game already has a Pokéstop in court, this time, by a New Jersey man who filed a nuisance and unjust enrichment class action suit against the developer and distributor of Pokémon Go after at least five players knocked on this man’s door requesting access to his backyard to catch a Pokémon that had been virtually placed there.5 A second suit was filed last week in federal court in California by a Michigan couple living in a lakeside neighborhood, alleging that they are now unsafe due to hundreds of Pokémon-seeking people who have turned their park into a nuisance.6

A further question that personal injury attorneys will certainly raise is the game’s liability when minors are injured after being lured to dangerous premises. Although, in general, the attractive-nuisance doctrine is not applicable in New York,7 the law protects children by imposing upon an owner or occupier of a land a higher duty of care when it is foreseeable that minors will enter the property.8 The degree of foreseeability of minors entering private property in pursuit of Pokémons will be a fact-specific question, depending, among others, on the popularity of the game in the specific neighborhood. Furthermore, it can be argued that the high popularity of Pokémon Go imposes a duty upon a landowner, or its occupier, to give notice to the game distributor and producer of any unsafe premises, so that no special attraction is created therein.

To be sure, trying to catch all of the Pokémon characters while walking can be distracting. This raises to a new level the previously recognized problem of people walking while texting,9 since it is evident and obvious that people playing Pokémon Go can be distracted while doing so and as a result suffer serious personal injuries. Whereas the creatures in Pokémon Go are imaginary, the personal injuries resulting from playing the game are real. For one example, last month, two men who went to collect the virtual characters on their Smartphones fell off a 90-foot ocean bluff in California.10 Last month, the Auburn Police Department in New York issued an advisory reminding Pokémon players not to use the application while driving a motor vehicle or riding a bicycle, after a 28-year-old driver, distracted while playing the game, veered off the road and crashed into a tree.11

Nor is the problem limited to our country. Players in Bosnia have been warned, while roaming into areas looking to capture monsters on their Smartphones, that they should avoid mined areas because of unexploded land mines left over from the 1992-1995 war.12 The Israeli military has banned its soldiers and officers from playing the game on Israeli military bases due to security concerns, fearing that the game would activate cell phone cameras and location services that could leak sensitive information, such as army base locations and photographs of the bases, to users.13One of the unintended negative consequences of Pokémon is that it can increase tension between Israel and Palestine since, for Palestinians, it is a frustrating game to play as mobile high-speed internet services do not exist in the West Bank and Gaza Strip.14 Then, too, there is the issue of a Pokémon creature being placed in an off-limits building run by Hamas.15

Closer to home, last month in Florida, two teenagers looking for Pokémon creatures wound up instead being shot as potential robbers. The homeowner, hearing a loud noise outside his home at approximately 1:30 a.m., went outside and saw two teenagers, one of whom he overheard saying, “did you get anything?” Believing that the teenagers possibly broke into his home and stole his property, he took a gun and fired at them.16 In fact, the two teenagers were looking to “get” Pokémon creatures Marowak and Tauros.17

Although the producers of Pokémon Go are not present in the place where a Pokémon is virtually placed, the law recognizes that a defendant can act in concert with a co-defendant without being present at the place and time of the tortious act.18 In Kubert v. Best, a New Jersey court utilized this concept to find liable a person who sent text messages to another person, while knowing that the message recipient was driving a vehicle, and that driver was involved in an accident injuring the plaintiffs.19

The New Jersey court reasoned that although the text message sender was not present in the vehicle when the accident occurred, she was “electronically present” aiding and abetting the driver’s unlawful use of his cell phone while driving.20 It can be similarly argued that when Pokémon Go incites a player to catch a Pokémon in private property, it acts in concert and aids and abets the player to trespass into private property, thereby committing electronic trespass.

The Restatement takes this concept even further stating that “[a]n act is negligent if the actor intends it to affect, or realizes or should realize that it is likely to affect, the conduct of another, a third person, or an animal in such a manner as to create an unreasonable risk of harm to the other.”21 It can certainly be argued that when Pokémon Go virtually places a Pokémon in dangerous premises, it should realize that the conduct of the player will be affected in a way that could create an unreasonable risk of harm, inasmuch as the player will attempt to come close enough to the Pokémon to be able to catch it. This is especially true if a premise owner gives Pokémon Go specific notice of the danger.

When faced with the litany of legal questions that arise as a result of the development of enhanced reality in general, and of Pokémon Go in particular, the courts should understand that their decisions will have ramifications. Reality is now often scripted, as in reality TV shows, and Pokémon Go blends reality and fantasy in a unique combination.

Enhanced reality has the capability of immersing its users in a parallel virtual reality that can lead them to reckless behavior. Therefore, courts will be tempted to force the development of this technology in a responsible path that protects the rights of our society. To do so, courts will place certain liabilities on the developers for wrongdoings that result from the use of their technology. However, courts should not bind innovation with burdens that will ultimately impede the advancement of this world-changing technology. Perhaps it would therefore be prudent for courts to wait and see before making consequential decisions.

As a practical matter, practitioners should be aware of the different, still unanswered, legal questions raised by enhanced reality and its different applications. Perhaps it would be cautious to advise landowners to put Niantic on notice of any dangerous premises and to request that they refrain from creating any attraction to their property. What if Pokéstop is at the home of a known sexual offender?22 Or a location dangerous for other reasons? For example, only last month, a 15-year-old high school student was struck by a car in Pennsylvania after the Pokémon game caused her to cross a major highway at 5 p.m. in the evening, during rush hour.23 There is also the possibility of mischief (Pokémischief?) of Pokémon creatures being purposely positioned at political rallies to swell the number of people apparently attending, thereby artificially boosting attendance at rallies of candidates who want to show a greater number of people present.24

While these different issues are considered by the courts, it would be prudent to inquire from personal injury plaintiffs whether their behavior was affected or distracted by any means of enhanced reality. It would be similarly frugal to question a defendant in a premises liability matter about their knowledge of Pokémon Go, and whether they were on notice of players entering their property while immersed in a parallel reality.

Until the courts rule, it would be wise for all of us to be on the alert for people, seemingly walking aimlessly in our general direction, appearing to swipe away imaginary creatures, in an effort to “get them all” and win the game.

6. The footnote citation for this is Mehrota, “Pokémon Sued By Couple Claiming Neighborhood Unsafe With Gamers,” Bloomberg, Aug. 10, 2016.

7. Morse v. Buffalo Tank Corp., 280 N.Y. 110 (1939) (explaining that the only duty which an owner of lands owes to a trespasser is to abstain from affirmative acts of negligence or not to injure intentionally).