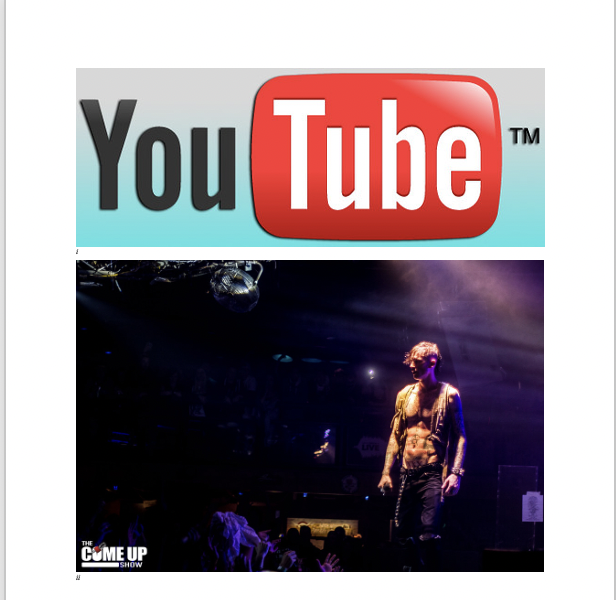 Notably, when Machine Gun Kelly released the attack single for sale on iTunes—through the music label Bad Boy Records (a subsidiary of Interscope Records)—the line “I think my dad’s gone crazy”, that was included in his YouTube release, was partially censored and removed from the master recording of the song. Not only was the line “crazy” completely removed, but the underlying pre-recorded audio was also removed from the recording released to iTunes.[i]

Basic intellectual property law (“IP”) explains this discrepancy. If Machine Gun Kelly did not own the recording included within his pre-release on YouTube, he cannot include this audio recording within his master track sold to the public; unless he owns a license to use the pre-recording in his own song. Now, we may ask: why can the pre-recorded audio still be published on YouTube, but not iTunes? The answer to this involves both IP law and contract law.

From a legal standpoint, Machine Gun Kelly faces potentially less liability for a release of the pre-recorded track within the sample of his song on YouTube, because a copyright holder (attempting to assert a claim for copyright infringement) must generally first undergo the internal procedures outlined by YouTube’s user agreement, when trying to pursue a copyright infringement action within the medium of YouTube’s website. However, in the traditional medium of releasing and selling music to the public, there is no internal issue of dealing with a reproduction of copyright-protected material on a self-contained website. Rather, distributing this copyright material to the public for direct sale would be governed solely by IP law (Copyright Act of 1976) and not the contract law implications attached to a service provider like YouTube.

As such, under the hypothetical situation where Machine Gun Kelly did not have the permission—of the entity who owns and recorded the line “I think my dad’s gone crazy”—to use the recording within Kelly’s YouTube version of Rap Devil, that entity would first need to file an internal claim against World Star Hip Hop for copyright infringement on YouTube’s interface.[ii] Upon notice of a potential IP violation, the owner of the pre-recorded sound bite (“I think my dad’s gone crazy”) can submit a request to remove the video from YouTube under an internal complaint of copyright infringement.[iii] Thereafter, the entity may also pursue a claim against World Star Hip Hop within the traditional bounds of IP law—if in fact there was an unauthorized derivative use of the recorded lyrics under the Copyright Act of 1976.[iv] As mentioned above, if the use was not permitted and the line was still used in the version of the song sold on iTunes, this procedure would not apply and a strict application of 17 U.S.C. § 501-513 would allow an immediate IP action against Kelly’s hypothetical use.

Nevertheless, Machine Gun Kelly (or executives at Interscope Records) made the preemptive decision to remove the pre-recorded audio from the final version of Rap Devil sold to the public. The label clearly understood that selling a song with a lyric of questionable ownership exposed the artist to more liability—or “heat”—than is typically warranted through the release of a diss track.