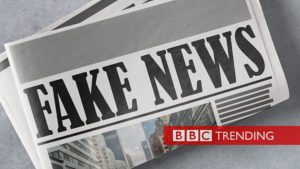 What are deepfakes? Many people don’t even know what deepfakes are, much less their threat on society today. A deepfake is a fake or doctored video or audio recording that looks or sounds just like a real video or audio recording. A deepfake is usually not detectable as false by the average viewer or listener. Deepfakes are made using generative adversarial networks, or GANs. Two machine learning models are tested against one another. The first uses a data set provided (such as real video footage) to create a forged video and the second attempts to detect the forgery. The first model continues to create the fake video until the second model can no longer detect the forgery.

Can deepfakes be detected? Yes, usually, but the problem here is time. It usually takes between 24-48 hours to detect the use of deepfake technology. Also, it takes time for other publications of the same event to come out, at which point comparisons to the deepfake can be made to determine its falsity. But one of the dangers of deepfakes is that anyone can download deepfake software and begin to create deepfakes. There is even an app that people can download directly onto their phones – FakeApp.

Deepfakes are likely to be the next big problem for the 2020 elections. Recently, deepfake technology has been used to create videos that look like they show politicians saying or doing things they never said or did. A popular video that has gained much traction in the news is the deepfake video of House Speaker Nancy Pelosi. The President tweeted out doctored footage of Pelosi where it seemed as if she was stuttering through her speech. This deepfake of Pelosi gained more than 2.5 million views on Facebook alone, as Facebook was unable to identify the fake Pelosi video.

Deepfakes could have disastrous implications for those running for positions in our government as well as for the upcoming 2020 election. Deepfakes are a powerful technology that people could use to disseminate misinformation to influence an election. Worse, if the public becomes aware of mass deepfakes being spread over the course of a campaign, voters may become cynical about the ability to discern truth from falsehood. This could lead to apathy and low voter turnout. Additionally, the increase of deepfakes being spread in the media could mean that politicians could try to deny things that really did happen, using the public’s doubts to their own gain.

Some politicians have expressed their concerns with the increasing use of deepfakes. Florida Senator Marco Rubio called deepfakes the “modern equivalent of nuclear weapons.” The fear Rubio is encapsulating is that deepfakes could be used in nefarious means, such as exploitation to start military conflicts by falsely portraying hostilities that never existed. Imagine a widespread circulation of a deepfake of the President saying we have started a war with Russia, China, or any other superpower in the world. The effects could be catastrophic, especially when the ability to identify the falsity of the video would be limited until a day or two after the release of such a video.

Two states have already begun to take action against deepfakes. California has passed a bill, AB 730, that prohibits the distribution of doctored audio or video of a candidate, unless it is clearly marked as a fake. However, this would only be applicable if that deepfake media is distributed within 60 days of an election. The law hinges on whether the distribution of the deepfake could lead a normal person to have a fundamentally different impression of the candidate. However, critics of this law have argued that it is overbroad, vague, and subjective, as “fundamentally different impression” was undefined. Critics also have noted the difficulties this law could have in respect to satirists and parodies. Texas has also passed a similar deepfake law, in which it is now a misdemeanor to create and distribute deepfakes within 30 days of an election, with the intent to harm a candidate or somehow influence an election.

But what else can be done? As of right now, it is still not a federal crime in the United States to create fake videos. However, two federal level bills have recently been introduced with the aim of controlling the use of deepfakes – (1) the Malicious Deep Fake Prohibition Act, introduced in December 2018, and (2) the DEEPFAKES Accountability Act, introduced in June 2019.

The Malicious Deep Fake Prohibition Act was introduced by Senator Ben Sasse. Its purpose is to amend title 18 of the U.S.C to prohibit “certain fraudulent audiovisual records.” This bill defines a deepfake as “an audiovisual record created or altered in a manner that record would falsely appear to a reasonable observer to be an authentic record or the actual speech or conduct of an individual.” If passed, it would make it unlawful for someone to (1) create a deepfake with the intent to distribute it as to facilitate either criminal or tortious conduct, or (2) distribute a deepfake when they have actual knowledge that it is a deepfake and the intent that it would facilitate criminal or tortious conduct.

The DEEPFAKES Accountability Act was introduced by House Representative Yvette Clarke. This bill is a more extensive restriction of the regulation to deepfake audio and visual recordings, requiring deepfakes to display a digital watermark as well as audiovisual disclosures of the alterations to the video. Penalties for failures to disclose or alterations of disclosures include fines up to $150,000 or imprisonment for not more than 5 years, or both.

As technology in our society continues to advance at a rapid pace, these two bills are a start to the beginning of regulating deepfake technology nationwide. It is likely that more states will adopt deepfake laws in preparation for the upcoming 2020 election. With more state support, the chances of national regulation against malicious deepfake use, especially in connection with democratic elections, will only increase. Until then, the public needs to keep a sharp eye out for any more fake news.