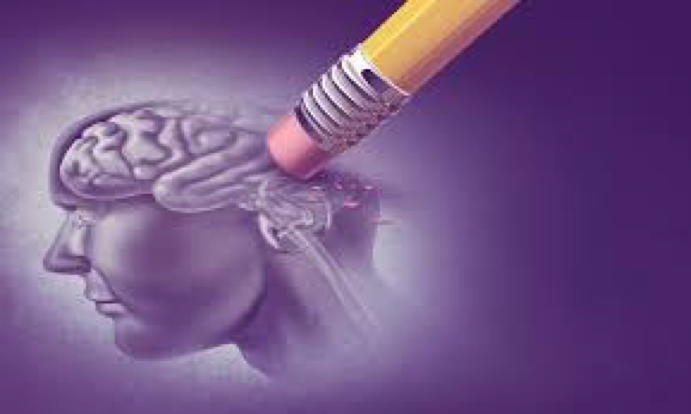 Everyone likely has been affected by the cruel disease known as Alzheimer’s. Alzheimer’s is the sixth-leading cause of death in the U.S and according to the Alzheimer’s Association, 5.8 million Americans are living with the Alzheimer’s disease.

Like many families, my family watched the steady decline of a wonderful human being who we lost too young. My grandmother had the disease when she was in her early 70’s. I remember there being many hurdles that my family had to overcome, like getting the proper treatment and competent nursing home care. While I was young, I remember the stress on the faces of my family members up until the very end. My grandma is one of millions who go through this nightmare and researchers have been trying to find answers. Unfortunately, there have been new developments that are not so promising.

Last Monday, the Banner Alzheimer’s Institute in Phoenix released the results of a study of people who are destined to develop Alzheimer’s at a young age because of rare gene flaws. The study involved 200 people in the United States and Europe. Unfortunately, the results were a disappointment for scientists. The drugs failed to prevent or slow mental decline of the people who inherited rare gene flaws. Each person had a genetic mutation that almost guaranteed Alzheimer’s in your 30’s to 50’s. While these people account for 1% of Alzheimer’s cases, their brains are similar to those who develop the disease at a later age.

The numbers surrounding Alzheimer’s are staggering and there are many reasons to lose hope. Behind these numbers is something that people seem to forget – the caregivers. According to the Alzheimer’s Association, more than 16 million Americans provide unpaid care for people with Alzheimer’s or dementia. Additionally, these caregivers provide an estimated 18.5 billion hours of care valued at $234 billion.

Is there any hope left? I am sure many of you are wondering. Meet Jack and Beverly Blackard. Jack has been battling Alzheimer’s since 2019. They live in Clarksville, Tennessee and Beverly has been Jack’s full-time caregiver. The Alzheimer’s Association is pushing to pass a three-year policy program that would provide state funded home care and delivered meals for caregivers. Jack and Beverly are advocates for passing the bill by meeting lawmakers and telling their story. Some assembly members are taking notice.  Assembly members Cecilia Aguiar-Curry (D-Winters) and Monique Limón (D- Santa Barbara) introduced Assembly Bill 2047 and Assembly Bill 2048, flanked on the floor of the State Assembly. The bills provide seniors, providers, and caregivers with the tools they need to recognize and plan for an Alzheimer’s diagnosis. Other lawmakers are taking notice and many hope that the bills will take steam. However, like trying to find a cure for Alzheimer’s, passing a bill of this magnitude will take a long time. In the meantime, families should be aware of their options.

According to Karl Steinberg, a California geriatrician, “If you’ve got the resources, where you’ve got family and paid caregivers at home, you’re all set.” However, he states that if you are living in a facility, you are likely to die in the facility. Many Americans have turned to dementia directives created in recent years. The Advance Directives are growing in demand because a patient can refuse oral assisted feeding when they are in an advanced state of dementia and cannot make decisions. It is controversial because terminally ill patients will likely die within two weeks after refusing food and water. The directives drafted in New York and Washington State have drawn hundreds of users.

People need to be aware that Alzheimer’s can put you in a situation where you can no longer take independent action. There are many different viewpoints as to whether someone should be able to decline medical intervention in advance. Dementia is different for everyone and it may be difficult for doctors to determine when they can no longer make decisions. Some are at home with a caregiver while some are in a facility that may be understaffed and poorly operated. If a doctor does not give food or water because of a directive against the family’s wishes, legal battles could ensue. Where should the doctor draw the line?

In conclusion, there are many ways to fight Alzheimer’s. The harsh reality is that having Alzheimer’s and caring for one with Alzheimer’s is a long uphill battle. It is best to have a plan in place if you or a loved one is struck with dementia before it is too late. This includes talking with your loved ones about how they would like to be taken care of and financially planning for any disease. There are options like Long term care Medicaid, a special needs trust, and powers of attorney. In the meantime, love your family like Beverly loves Jack – unconditionally and through thick and thin.